When you spend 2 hours a day on the train, you occasionally get to witness the odd hilarious moment. It may come at the price of being pushed,shoved and trodden on..but it’s worth it.

I had one of these moments last week. A very polite British gentleman in his 40s was faced with the task of getting off a busy train, the only barrier in his way was a youth with his earphones on. “Excuse me,” he whispered to the teenager’s back, the teenager didn’t move. “May I possibly..”he stuttered. The teenager didn’t move. Looking slightly flustered now, and beginning to consider that this youth might cause him to be late for work, the man resorted to physical contact. With one finger he gently prodded the teenager’s back, “excuse me”. The teenager didn’t flinch. In a blind panic the man used the skills of a contortionist, to bend himself into the physical dimensions of a pencil and slipped past the teenager. He jumped off the train just in time. The doors closed. Then when he was halfway down the platform, he politely turned towards the tube, made eye contact with the teenager and, with a face that closely resembled the girl from the Exorcist, screamed ‘w*nker’ at the top of his lungs.

Whilst I laughed at the man, the situation was painfully familiar. Brought up by an optimistic mother, I had been taught that if I was polite, kind and considerate people would be treat me that way back, she was wrong. When faced with people who were (to put it nicely) less considerate than myself, I didn’t retaliate but continued to be just as polite as ever. Then, eventually, I snapped.

Dealing with conflict can be hard, really hard. Here’s 5 ways to make handle conflict much easier:

Back in the times of Jane Austen, a woman’s entire future and economic status could be hinged on her ability to appear proper and polite in public. Those days are over, and if we want to succeed in the workplace it is important we say what needs to be said, rather than what we consider polite to say. If someone misrepresents you in a meeting, takes credit for your work, or doesn’t relay information properly then don’t politely nod whilst your innards seeth, say something. Being polite doesn’t pay the bills anymore, it’s far more important to voice the truth

2.Don’t be afraid of a shaky voice

Women often get unfairly accused of being emotional and unstable. More than once I have heard a male, in all seriousness, say women shouldn’t have too much power because we will make mistakes when it’s our time of the month. With such a stereotype running rife, it is little surprise that a lot of us don’t voice things we are riled about, in fear of losing it or appearing unstable. However, the more you are afraid of losing it in front of people, the more likely it is that you will really lose it one day..So even if your voice shakes, your cheeks flush or your nostrils flare, say what needs to be said.

3.Stop caring about being liked

If someone at work absolutely hates you because you disagreed with their point in a multi-recipient email, who really cares. If you do find yourself having recurrent arguments with the same work enemy, then remembering that it doesn’t affect your true friendships can ease the stress of the situation.

Whilst a healthy debate or passionate discussion can be beneficial, two adults losing it at each other can never be a good thing. If you start to feel a real burning hatred towards the person you are arguing with, then you should leave the situation straight away. The feeling is only temporary, but what you say/do whilst you feel like that could have permanent consequences. If you go away for a few hours and still feel you have been unfairly treated, then voice your feelings in a concise and eloquent manner.

Exercise is often only advocated in regards to giving yourself a better bum or tummy, but it’s benefits are far more important than that. Exercise is one of the best stress reliefs there is. So if you feel stressed and angry after a conflict, put on your trainers and go running as fast as you can. You will feel better. 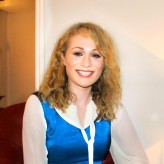 The hustle of the remote working lifestyle

5 ways to start the week of right