At some point, you are going to fail. It may be messy, it may be painful, and it may be one of the best things that ever happened to you.

The commonality between failure and success is that both require an attempt on our part. Failure indicates a challenge addressed, a dream chased, or an idea executed. Failure signals past hope, and although the outcome was less than desired, at some point we believed enough to try.

Many of us are so afraid of failing that we miss the key step of starting. We abandon our boldest, wildest and most extraordinary dreams for scenarios that are never guaranteed and situations that have not even happened yet. We trade courage for safety and suffer deeply for it.

What would you do if you weren’t afraid?

The fear of failure paralyzes progress. Its consequential inaction can lead to some of life’s biggest regrets. There is a groundbreaking business, a best-selling book, and an award-winning movie that will never be enjoyed by the world because of the fear of failure. Could this fear be robbing you of your calling, and hindering you from entering your next phase in life?

Confronting the possibility of failure is admittedly difficult, but failure is something that can always be learned from. With the right mindset, it can produce more growth than success, by cultivating perseverance, humility and the ability to adapt.

It is quite possible that our mere concept of failure is based on outside influence. From overly critical loved ones to unhealthy comparisons, it is important to regularly assess the root of the benchmarks we give ourselves.

What is failure, really?

Failure implies a need to grow in knowledge, strategy or method. If you can find a way to grow from your failures, it can essentially be a path to personal success.

As you combat your own fear of failure, consider this:

Look out for the next “Monday Motivation” as we explore the fear of success. 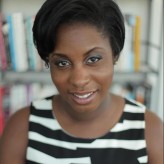 To my early career folks, or those needing a positive reminder that you are needed in your field

The Power of Words

Monday Motivation : Because you’re worth it

Monday Motivation: Getting your mind to remember

Monday Motivation : Impossible is nothing